Essendon Keilor College has a long and proud history that continues to positively influence the present and inspire the future. 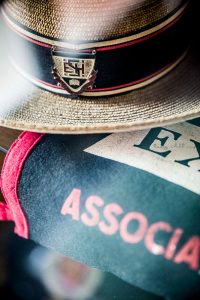 The former Essendon High School – the current Essendon Keilor College senior campus – is of historical, architectural, and aesthetic importance to the State of Victoria. It was the first suburban State high school in metropolitan Melbourne and set the pattern for those to follow.

The foundation stone was laid by the Premier of Victoria, the Hon W.A. Watt on 6 June 1912 with a silver trowel presented by the contractor, F. E. Shillabeer. It opened on 4 February 1913 under Head Teacher, John Braithwaite as a higher elementary school, but was upgraded to high school status on 4 March 1914. Designed by chief Public Works architect, George Watson (1850-1915), this near intact example of a quadrangle style school features Edwardian, single-storey, red brick buildings around an unroofed quadrangle which provides a unifying centre for the school.

By 1915 the school had an active cadet corps (a small corrugated iron shed survives to commemorate it), and when the worldwide influenza epidemic hit Victoria in 1919, the school was requisitioned as a hospital staffed by forty. It had its own mortuary and army-operated kitchen.

The assembly hall, designed by chief Public Works architect, E. Evan Smith opened in 1926. It is architecturally significant for its bold compositional elements expressed in the Georgian-revival style, and for its layout of classrooms on the lower level, and the hall above. On one side of the building stands a row of Monterey Cypress trees of the early 1930s, and on the other a stone drinking fountain, commemorating James King, Headmaster from 1924 to 1927.

The traditions and legacy 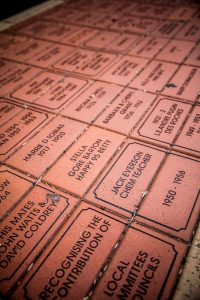 While each of the school’s talented principals innovated for their time, furthering the aims of the school and its students, they also perpetuated its great traditions of which Sport and the performing Arts are just two.

Essendon Keilor College has built on that legacy with an elite football program that has produced 28 AFL draftees.

Our outstanding annual school production and State School Spectacular involvement has also given many graduates the learning and experience they need to excel at NIDA and the Victorian College of the Arts.

William Ellis Green (Weg), of cartoonist fame was another notable Essendon High School alumni. He attended the school from 1935-1940.

The significant anniversaries of the school have been commemorated with a number of outstanding publications. These along with a good collection of foundation school Magazines maintained in a data base by the Essendon Keilor College Ex-students & Staff Association Inc. are available for order. See below.