Jenny won the 2020 Art Acquisition Prize and the State Library of Victoria are going to have Jenny’s work on display. 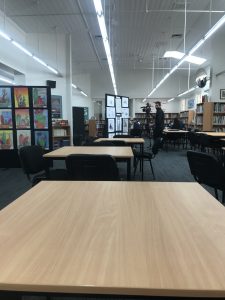 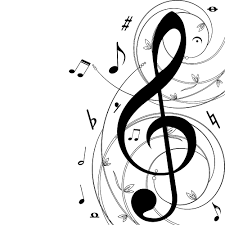 This Year due to COVID-19 restrictions we will live stream our Music Soiree.

Link to be posted shortly

Isolation photo competition – show us what you have been up to during isolation’. 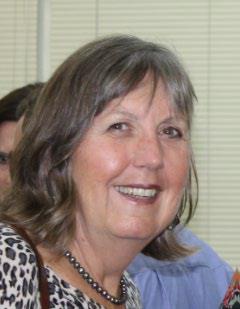 The Essendon Keilor College community mourns the passing of Robin Adamson. Robin was an exceptional leader, teacher, colleague and friend. Our thoughts are with David and his family at this difficult time.

Robin began her connection with the Essendon Keilor College at Keilor Heights High in 1990 as an English teacher. This was after working at Altona Secondary College, the Education Department Curriculum Programs Section and Lincolnville School Support Centre. At the formation of the College in 1993 Robin had leading teacher status and in 1997 she achieved Principal Status, firstly at the East Keilor Campus and then at Niddrie Campus.

Her experience in curriculum development was invaluable as Essendon Keilor College evolved to be a high performing inclusive school. Always innovative Robin mentored many teachers both young and old to improve outcomes for students. She encouraged others to take risks and to believe in themselves.

Many of you will recall Robin’s contribution to the College overseas programs. She was an experienced traveller and loved to share tales of her overseas exploits to all who would listen. It was her desire to share this love of travel that resulted in our biannual overseas trips to Japan, Italy and more recently Viet Nam. She accepted visitors to our country with the same passion.

Robin was a passionate supporter of government education. Her contribution to the Principal team has been immeasurable. It is a testament to her leadership and mentoring philosophies by the many leading teachers and Principal class staff who developed from her guidance. She was insightful, strategic and proactive. Throughout her career, she produced quality documentation, clearly articulating her views and vision that all young people no matter what life throws at them should be given every opportunity to succeed in education and life. The Essendon Campus Hall building has been glowing pink to celebrate and honour all mums.

Thank you to all mums for the love and support. The Essendon Campus Hall will turn blue for the next week in our appreciation and support for  Victoria Police. Bob Semple OAM BEM, one of the last Rats of Tobruk, died on 16 January at the age of 99.

The eldest of four children, Bob was born on 4 May 1920 in Essendon, the suburb in which he lived his entire life.

His uncle was among the Anzacs killed during the Gallipoli landings on 25 April 1915, and Bob was determined to join up when the Second World War broke out. He was just 19, and had to get his parents’ permission.

Bob joined the Royal Australian Artillery, was sent to the Middle East and found himself at Tobruk. For eight long months in 1941, 14,000 Australian and other Allied troops held the strategic Libyan port in what was to be one of the longest sieges in British military history.

He recalled the psychological and physical toll that holding Tobruk exacted on the defenders, particularly the incessant attacks from Stuka dive-bombers. An enduring and sad memory he carried was of the tragedy involving ten of his mates who were all killed when an artillery shell hit a truck in which they were travelling.

Bob also served in Lebanon and at Al Alamein and later in New Guinea.

When he returned to Melbourne on leave in 1944 he married his sweetheart, Isabel Buchanan, at his local church in Essendon. He ended the war in North Borneo. Bob attained the rank of sergeant and was discharged on 13 November 1945.

Bob became Drum Major of the Hawthorn City Pipe Band and chieftain of Pipe Bands Australia. He performed in Red Square in Moscow and at the Royal Edinburgh Military Tattoo in Scotland four times. He also became President of the Victorian Rats of Tobruk Association.

Bob returned three times to the desert, where he played the lament at the war cemetery at El Alamein, and visited the graves of his mates who are buried side-by-side in the desert sand. Looking back, he wondered how he managed to survive it all.

‘I’ve been at reunions where you would just look at one another, and say nothing, and the tears would just roll down the faces … to shed a tear is not a disgrace in my book.’

Bob featured in a commemorative stamp issued by DVA and Australia Post in 2018. Following advice from the Victorian Government on Tuesday 7 April, Essendon Keilor College will be moving to remote and flexible learning from Term 2 (beginning with a pupil-free day on Tuesday 14th April).
This is a step all Victorian government schools are taking to help slow the spread of corona virus (COVID-19). This means that all students who can learn at home must learn from home. This is a very clear directive from the Victorian Government based on the advice of the Chief Health Officer.
We will continue to offer limited on-site learning for those students who need to access this, including for students on days when they are not able to be supervised at home and no other arrangements can be made. Essendon Keilor College families need to check Compass posts for specific Campus details.
The Department’s latest advice on corona virus can be found at

It is important that we work together and support each other during this challenging time. We will be in touch with staff and parents and carers shortly with further details of what remote and flexible learning will look like at our school.
In the meantime, you might find it useful to look at the Department’s Learning from Home website. It provides resources and guidance for teachers and parents and carers.

Many of us have been following media reports today concerned about what the next few weeks will hold for our families, our schools, our workplaces and our homes.  It is important to continue to follow the advice given by the Australian and Victorian governments. This includes bringing forward school holidays to commence on Tuesday 24th  March. The decision on whether to re-open schools after the Term 1 holidays on Wednesday 15th April, will be determined following advice from the Chief Health Officer.  If school closures continue after the Term 1 holidays teachers will be providing online learning.